A Necromancer left hand Focus Item. There are two versions of this skin - one which is shaped like a "diamond" or "kite" and another, like a Gorgon's head or Medusa's head. The "kite" version is commonly available from various Collectors in the Prophecies campaign as well as loot while the "Gorgon head" version is available as loot and is used as the skin for many unique Necromancer offhands.

Eye of the North campaign

Dye very darkly affects the whole focus, dyeing the outer border and the central diamond-shaped region to the color applied. The gray, hollowed area in between is tinted to varying shades of gray with wisps of the color applied bleeding into the area. Its default color doesn't correspond to any particular dye color but is closest to yellow. 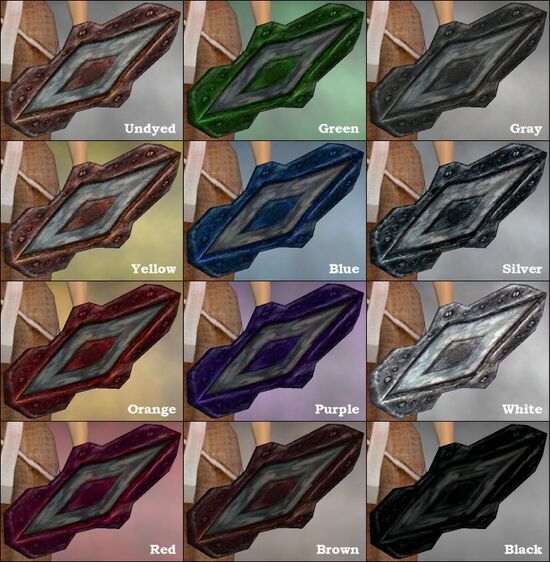 This version of the Accursed Icon cannot be dyed.

Retrieved from "https://guildwars.fandom.com/wiki/Accursed_Icon?oldid=1336277"
Community content is available under CC-BY-NC-SA unless otherwise noted.