The Tyrian version of the Cleaver is a double-bladed axe that features unique markings on the blade. It is most widely recognized as the one used by the henchman Little Thom, and is identical in appearance to one of the Battle Axe skins.

The Factions weapon with the same name resembles an ornate meat cleaver. This version is the standard axe available from Canthan Collectors and Weaponsmiths. 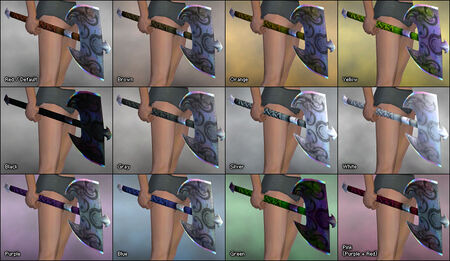 Retrieved from "https://guildwars.fandom.com/wiki/Cleaver?oldid=1602663"
Community content is available under CC-BY-NC-SA unless otherwise noted.