The Darksteel Longbow is a weapon which is available in the Guild Wars: Eye of the North Prerelease Bonus Pack.

This weapon's stats can be fully duplicated with:

Dye affects the entire bow. The default color looks to be yellow. 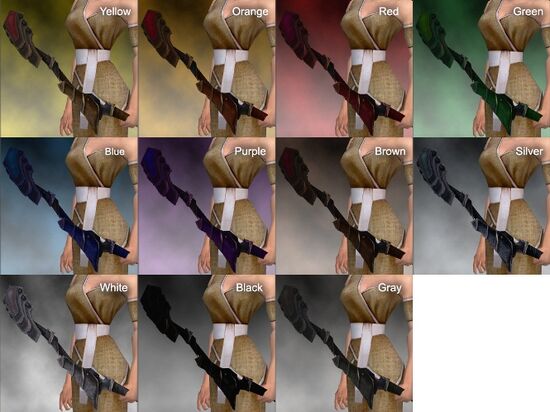 Retrieved from "https://guildwars.fandom.com/wiki/Darksteel_Longbow?oldid=1574762"
Community content is available under CC-BY-NC-SA unless otherwise noted.