The Halloween 2005 event updated the looks in a few areas of the game. Two major cities, Droknar's Forge and Lion's Arch, plus the Tomb of the Primeval Kings had Halloween makeovers, with Lion's Arch having even NPC models changed (as seen below). In addition to being a touch of fun, the changes showcase ArenaNet's powerful update engine which allows changes to game areas quickly and smoothly.

The Update also introduced the Mad King who played games with players in Lion's Arch and the Mad King's Guards as henchmen in that city. 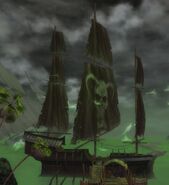 The Canthan Ship in Lion's Arch turned into a pirate ship

Firstwatch Sergio in an Executioner's costume

Some of the choices of costumes in Lion's Arch were odd 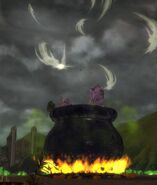 A cauldron replaces the fountain in the center of Lion's Arch 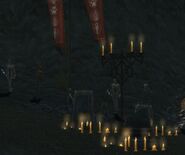 Tombs and candles by the Henchmen in Droknar's Forge 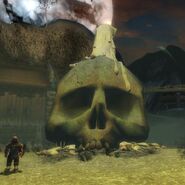 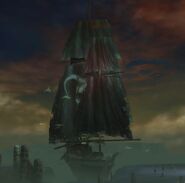 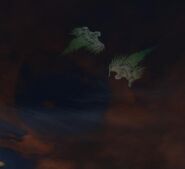 Ghosts could be seen floating in the sky 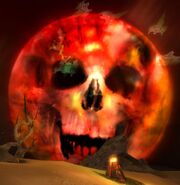 The moon at the Tomb of the Primeval Kings 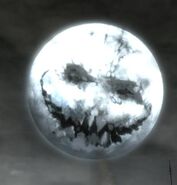 The moon in Lion's Arch
Community content is available under CC-BY-NC-SA unless otherwise noted.
Advertisement