dood are u kidding me, this page ownzzzzzB

The tip for all folks we see editing their user pages: you can click the "This is a minor edit" box down there above "Save page" to save us some of the.. not spam, mind you, but maybe -details- of every little change when we check the Recent Changes. ;) Always good to see new users and contributors, welcome! --Nunix 20:35, 27 December 2005 (UTC)

Warning: This user is an alleged SOCKPUPPET 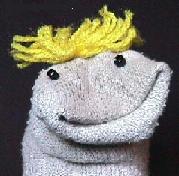 This was invented by androidgeoff

Who's the guy on the picture in the beginning? -This was made by SigmATSIGN at some time before I made the response

who is alex weekes? --Sigm@

You're smoking too much --Sigm@

I am just clearing out my thoughts..--Sigm@

well it hurt my feeligns that you said that i demand apologies Androidgeoff 14:19, 10 January 2007 (CST)

are you fucking serious you havent unlocked it? go unlock it now then put it on a hero i hear it owns on heros androidgeoff "co-owner of the redwood forests" 10:40, 21 January 2007 (CST)

Yeh rite I am fucking serious. I dun play GW much anymore, got a life and playing WoW... --I'll stop changing it if you write the alphabet backwards, and recite the korean national anthem in 6 languages.

a contradicccccction mayne naam sayin ya heard???? androidgeoff "co-owner of the redwood forests"

redwood is a type of tree which resides in the kimchslink forest located near Calgary, Alberta.

offensive is something you take offense to. grow dem cherries on your apple tree and dont be offended by FU*******CK YOU androidgeoff "co-owner of the redwood forests" 21:04, 23 January 2007 (CST)

Man this site is full of people who deserve to be shouted at with the word redwood.Edit

Coherent english for the criminally insane: Hi, I am androidgeoff. I am male, at the age of 36. You think I am messing around, eh? If you do, press 1.

Ok, back, that was a delicious microwavable delight. Now to discuss your little query and ineligible form of making me talk. I do not know what your intentions are on Guildwiki. To better help the community indirectly. Unless Kyro772 or Slinky see this here, they will never know about this administrative (Unless you posted it on their talk pages.) Be aware that this is not your personal playground. Sorry, not rich enough to buy my own personal playground with a slide and swings. 99% of what I find in your contribution history is kid's play. 99% of all percentages are made up on the spot. Badly spelt, kid's play at that. Shit, I'm going to jail 'cause the Grammar Police! is here. The funny thing is that some of your contributions, mainly your very first ones, both use coherent English and are worthwhile. My note on Balthazar's Pendulum was deleted. It was true stuff. Why don’t you go back to there? Because it was deleted. Because if we don’t get the impression that you take Guildwiki seriously, we will not take you seriously either, resulting in your removal from this place. Man, the internet is serious business. Take it seriously. androidgeoff "co-owner of the redwood forests" 15:12, 25 January 2007 (CST)

We, the GuildWiki community, have moved the GuildWiki content to a new site at http://www.guildwiki.org. It will maintain the look and feel of GuildWiki that you've been used to, and the majority of our active editors will be shifting their primary editing activity to there. (Read here for more information, including details on how to reclaim your account.)

The current wiki at guildwars.wikia.com will, of course, continue to be hosted by Wikia, and we have some big changes planned for it. Wikia has recently introduced a new user interface to all of its sites that emphasizes community interaction over encyclopedic content, so we're planning to leverage this new style and endeavor to turn GuildWars@Wikia into more of a fan community site, promoting fan-created content better than GuildWiki did. (Read here for more information.)

If you are still playing Guild Wars (or would like to do so again), now is a good time to get involved, either on GuildWiki at http://www.guildwiki.org or right here on GuildWars@Wikia.

Be sure to pass this info on to all other Guild Wars fans you know!

Retrieved from "https://guildwars.fandom.com/wiki/Message_Wall:Androidgeoff/User_talk_archive"
Community content is available under CC-BY-NC-SA unless otherwise noted.