Warning: The following text contains spoilers relating to the plot of Factions.

This is a listing of primary quests and missions in the Factions campaign.

All plot missions are Cooperative Missions.

Note: Mission numbering here represents the missions' order in the plot. Notice that there are two different missions under the number 9, which are both needed for completing the 13 Canthan missions, in order to get the Protector of Cantha title. Unwaking Waters and Vizunah Square, on the other hand, which have two different starting outposts, are actually single missions and must only be done once each. 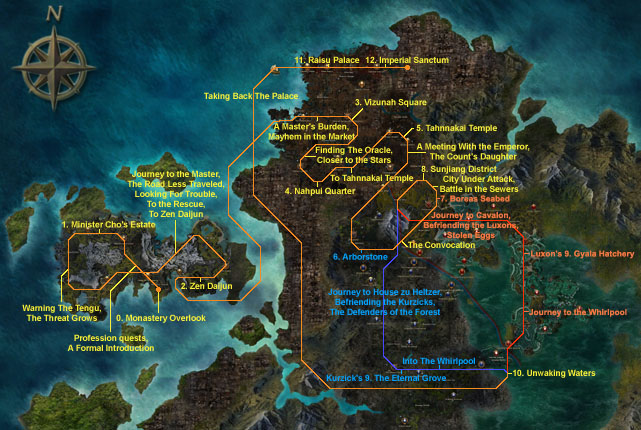