Warning: The following text contains spoilers relating to the plot of Prophecies.

This is a listing of all the primary quests and missions in the Prophecies campaign. The missions are numbered and appear in bold.

The primary quests outside of Pre-Searing Ascalon are not required, but they do help in finding the next mission location.

In total, there are 24 primary quests and 25 missions in Prophecies. 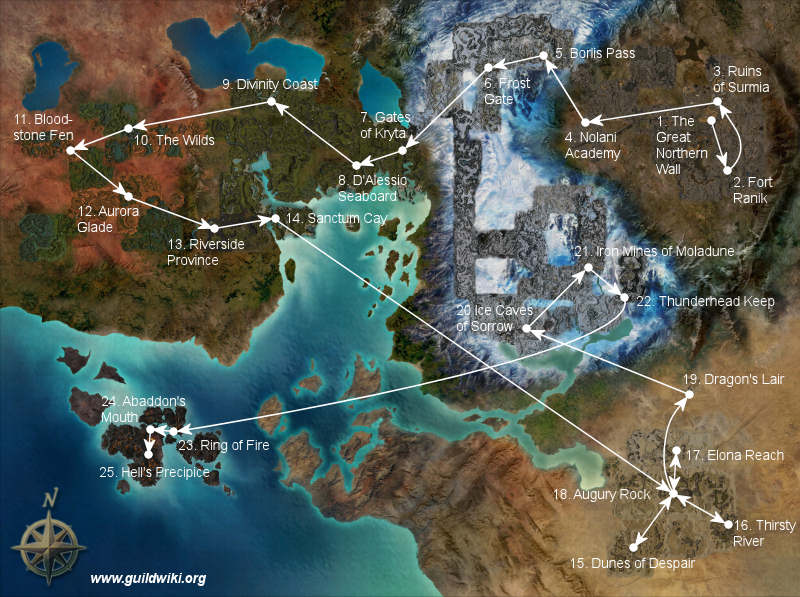 Retrieved from "https://guildwars.fandom.com/wiki/Mission_overviews_(Prophecies)?oldid=1591443"
Community content is available under CC-BY-NC-SA unless otherwise noted.