The Sephis Axe is an axe with a very distinctive looking oblong head. It is one of the largest axes in the game.

Sephis Axes drop from Undead and chests associated with them.

Eye of the North Expansion

The axe's grip will change to the dye color. 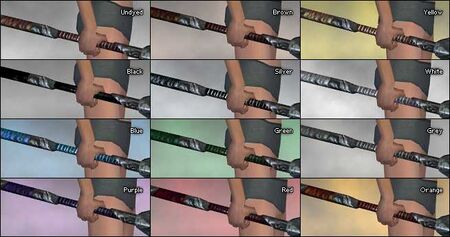 Retrieved from "https://guildwars.fandom.com/wiki/Sephis_Axe?oldid=1602912"
Community content is available under CC-BY-NC-SA unless otherwise noted.