How certain is it that Chimor actually drops these daggers? He doesn't use any dagger skills in combat and he does near 0 damage when he attacks between skills. I would also like to hear anyone actually farming Chimor and getting the daggers in the first place.

Iam saying this because I have been farming him for over a month now. Received antifarming message at least four times, and still didn't get the green drop. Either the drop rate is rediculously low, or the daggers just aren't there Grace

OK. this is my first image post so if i mess up i hope its ok. hopefully this will link to my page. 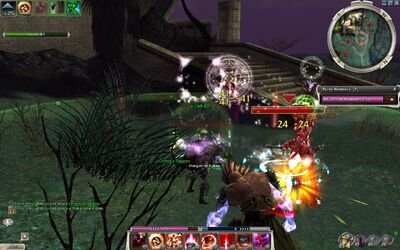 You were breaking the page so I fixed it for you, I hope you don't mind.

Retrieved from "https://guildwars.fandom.com/wiki/Talk:Chimor_the_Lightblooded?oldid=1185175"
Community content is available under CC-BY-NC-SA unless otherwise noted.