Not good for pvp !

This skill aint that good for pvp, because there is a big chance of getting interrupted. Since it have a activation time of 3 seconds. But ive seen in pve it pwns, when a jade brotherhood mage use this its pretty nasty. Because of the interrupt and knockdown.

However, if you combine is with skills that make you harder to interrupt, it might be somewhat decent...provided you can hit your enemies when they're close together. Wasn't there a glyph that makes the next spell uniterruptible, and then there's Ward against Knockdown, which is also Earth.

Heroes don't use this skill

As far as I've observed that's not true - I did see that heroes only use this versus groups (dunno what the minimum size is, at least bigger than one :P) Shai Meliamne 22:36, 9 March 2008 (UTC)

What exactly is this a picture of, theres something that looks like an earthquake with......... with a fish jumping out of it?

The skill icon is trogdor(or rodgort) smashing out of the earth. Why it's a stomp is beyond me, but it looks a lot like trogdor's head. GADefence 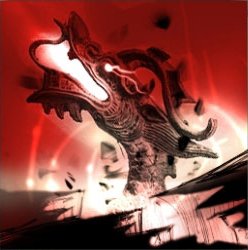 Retrieved from "https://guildwars.fandom.com/wiki/Talk:Dragon%27s_Stomp?oldid=1465559"
Community content is available under CC-BY-NC-SA unless otherwise noted.