Just what i always wanted a lead that cant be blocked or evaded, should go well with fox fangs and the unblock/evade dual i fogot the name of.--Blade 09:13, 26 September 2006 (CDT) 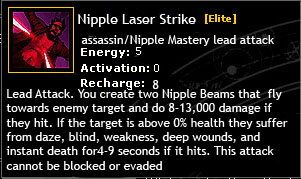 He ate freshmint, that's why his nipples are so long --Sigm@

Just an FYI to anyone confused about the icon and even more confused about the resulting discussion... the two "beams" are actually "strikes", and they're headed for the guy's nipples rather then out of them. It's based on the Japanese myth of the Fox and the Fool... long story short, the Fool was goofing around and rubbing his nipples, and the Fox-god took offense. "No more nipples for you!" he shouted, and promptly stabbed the Fool in the nipples. Because the Fool was busy goofing around, he couldn't block the Fox's attack, and instantly died. After the Fox finished his unblockable attack chain.

...I may have exaggerated that story a tiny bit. Just a bit though. Point is, the guy in the skill icon's about to get stabbed in the nipples, and there's nothing he can do about it (unless he's got enchantment removal and a decent blocking skill). --

Yeah cuz paragon nipples are so big they blind everyone who looks at them. That's why they use armor that has holes for their nipples, so that way they can use it as a weapon. Unfortunately, it also blinds allies, which is why no one wants a paragon on their team. --MarinBloodbane 17:49, 9 March 2008 (UTC) 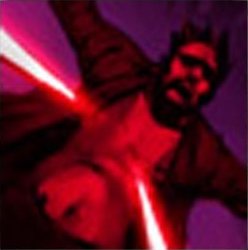 In my opinion, the image is simply two blades aiming for the heart. Look at where the blade lines would meet. In other news, I've recently started using this skill, and I'm quite happy with it. Golden fox, Wild, Death blossom, Moebius. Very nice PvE. JureSimich 11:56, 11 March 2008 (UTC)

lol when you look at the one on the left it looks like the skin's being stretched outwards --Gimmethegepgun 18:39, 26 April 2008 (UTC)

That would be a copyvio anyway.

(Reset indent) Now THAT^^ is being serious :P In other news: 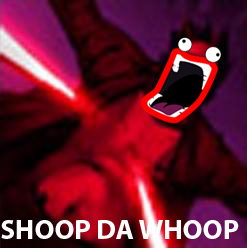 I almost fell out of my chair laughing.

The only thing that comes to mind is Signet of Ghostly Might... I don't really understand the note.

Here. Then put it on Wild Strike's page, not here, since it's relevant to Wild Strike. ---

It's really relevant to both, since an offhand attack requires a lead, and a blocked lead doesn't fulfill the requirement. Plus, it's already on Wild Strike.