After entering the area there is no quest marker for this quest. ~Rud

Location of The Hunter

The boss (The Hunter) sometimes spawns just south of the Gate. Other times, the group of Assassins is just that: mere Assassins.

That in and of itself does not constitute information we can put in the article. If he was not there, where was he? Unless you're saying the quest "sometimes" does not work. If you have alternate spawn locations, please list them. --Karlos 20:01, 23 November 2006 (CST) 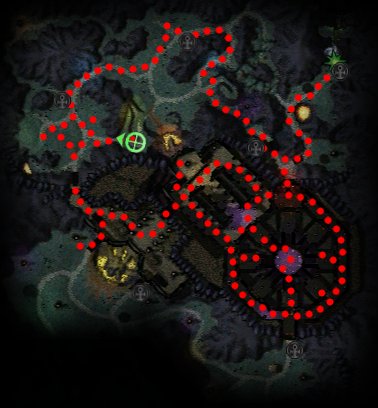 Looks like he can be found with any of the several Assassins groups... Look where I met him: 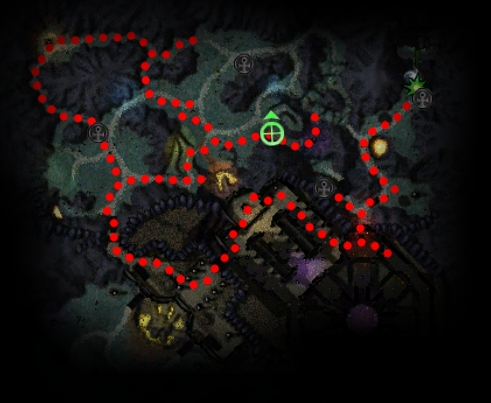 I found him at the below spawn. The yellow line is the patrol of the group he was in. I think this is now conclusive evidence that the Hunter will spawn in different places, and that the quest is not flawed. Maybe a moderator should edit the article. --Lavindathar 22:24, 2nd December 2006 (GMT) 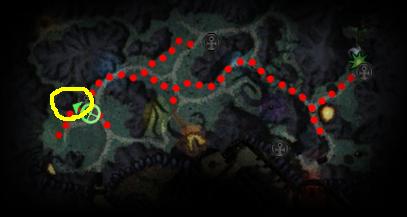 I don't this it's a variable spawn, I think he patrols. A very large area, stopping vary rarely. 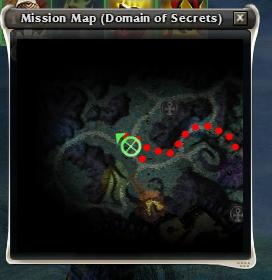 I found him here after clearing out the area of Shadow Army. After killing them all, I noticed a group coming up behind me. I turn around and, lo and behold, it's the Hunter. He would have walked right past me if I hadn't aggroed him. He was coming from the south, stopped, and went east. --Macros† (talk/contribs) 16:32, 19 December 2006 (CST)

Ok, I've only done this quest once, but after looking at the maps he's found in, and the way he's moving when I found him, it looks like he just has a simple patrol pattern like Maxine Coldstone --Mooseyfate 10:43, 1 April 2007 (CDT)

Boy I have just learned the hard way that the hunter and his pack need to be killed, not just him. Icyangel Strawberry 04:04, 6 January 2007 (CST)

Retrieved from "https://guildwars.fandom.com/wiki/Talk:Open_Season?oldid=766259"
Community content is available under CC-BY-NC-SA unless otherwise noted.