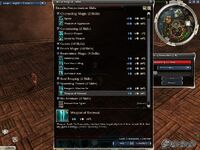 Not that it affects me, but...