Talon Daggers are a type of Dagger that deal Slashing damage. Like Elonian, Ancient, and Steel daggers, these daggers have three skins based on rarity.

Eye of the North Expansion

They are all slightly lighter than yellow dyed by default. 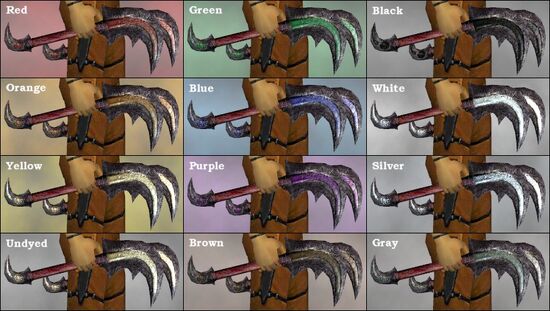 Other items with this appearance:

Retrieved from "https://guildwars.fandom.com/wiki/Talon_Daggers?oldid=1602791"
Community content is available under CC-BY-NC-SA unless otherwise noted.