</div>
I'm currently the Alliance Leader of the [Face] guild, and I must say it has been a quite rewarding experience since day one! I really like maintaining a friendly, functioning guild and [Face] is the best one I have ever been in (not to brag!).

I guess everyone already knows this, but I'm a huge PvE fan and almost everything I do is PvE related. I'm an avid title hunter and currently have the rank of God Walking Amongst Mere Mortals (6) in the KoaBD title track. I would like to thank my friends, guildies, and alliance members who help make my dream a reality! 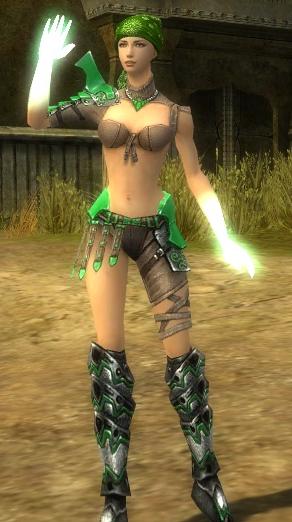 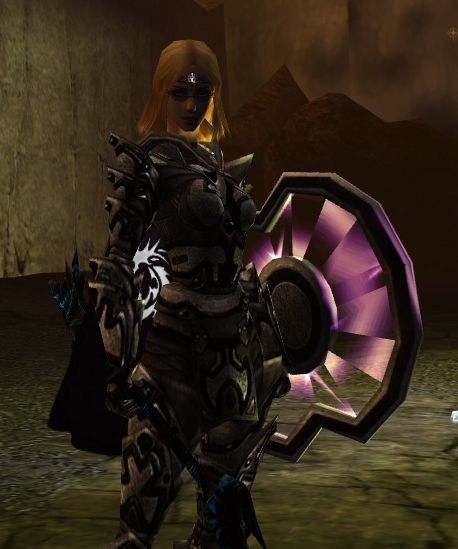 I play on lots of different characters, but my main and favorite would have to be American Wrath (Warrior).

So this is a brief list of the titles I have maxed so far in the game. When I max new ones, I'll be sure to post them.

Here is a brief evolution of American Wrath over the past few months:

Some funny screens (these titles have since drastically changed):

Although Wrath is my title character, I have put lots of effort into each and every one of my Toons. They all have elite armor and weapons, so nobody in my family is neglected. I have also recently begun playing some PvP including RA, TA, and HA. Here is my team winning a battle in the Hall of Heroes for the first time:

Don't worry... I haven't played an Sway team since that day! I was unranked and didn't know the ways of HA yet ;-)

I started playing Guild Wars in August of 2006. At the time, I was living in Bielefeld, Germany and due to the prior Favor of the Gods restrictions, I opted to play on the European server. Moreover, the friends who introduced me to Guild Wars were German so playing in German districts gave me the ability to play with my friends as well as develop my language skills. At first, we began a guild called Der Orden Der Tauben Nuesschen[rofl] which consisted only of real-life friends. We then joined up with Reminiscence of Phoenix [ROP] which would be my GW home for several months. When the time came for me to return to the United States, I surrendered my officer position in ROP in order to make my own guild on the American server.

Friction Addiction [PALM] was a moderately successful guild founded by Zippy Mcsplif, my real life friend, and myself. However, our guild was quickly absorbed by Emotional Lollercoster [Lawl] due to their manpower and skill level. I spent a few months as an officer in Lawl until the harmony in the guild began to evaporate. The other officers and I (as well as 30 some members) left the guild and began [Face], which is our current guild today. [Face] has been everything I could have dreamed of in a guild and more. We maintain over 90 active members (with less than 10 at 4+ days inactive) as well as a full alliance.

It's hard to say what the future holds for my tightly-knit guildies and myself. We plan to work together and thrive as long as possible, perhaps into the realm of GW2. Whatever the case, I know that Face will be there supporting each other 100%.

Retrieved from "https://guildwars.fandom.com/wiki/User:American_Wrath?oldid=1563964"
Community content is available under CC-BY-NC-SA unless otherwise noted.