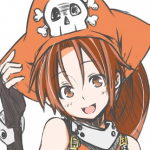 A Bit About Me

Hi, I'm known as Ephidel around the internet, or I try to be wherever it's not taken, so as you can see, it wasn't taken here! I'm 16 years old, (and a casual player of Guild Wars, as my statistics must show). Fun game, that Guild Wars is. Aside from that, however, I really haven't bought many PC games, so I'm sad to say I can't game so much in that respect, besides the free downloadable MMORPGs and such. More or less, I guess one would consider me something of a Nintendo fanboy (the name Ephidel is, in fact, from the Fire Emblem series), even though I feel that I am open to all forms of gaming, more or less. But enough about that. If you have taken a look at my contributions already, you may have seen that I have contributed a fair-sized amount so far. I've noticed a great lack of pictures of this or that, so I've already started contributing them, beginning with some low-level enemies. Also, I plan to fill out the needed information about certain things such as skills or NPCs if they are needed.

Ephidel's Builds - Some builds I've tried from time to time.

Retrieved from "https://guildwars.fandom.com/wiki/User:Ephidel?oldid=475856"
Community content is available under CC-BY-NC-SA unless otherwise noted.