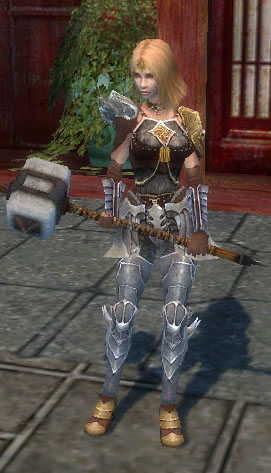 Throughout history and across the world, there have been many evildoers, from this realm or the others, that have tried to either dominate or destroy our lands. But always there has been at least one or more brave people who were not afraid of the unexplored and who were not scared of the supernatural. These great heroes have been the foundation of our lands for many years, and continue to protect us to the end. People like these are Mhenlo, Devona, Aidan, Cynn and many others, who have set aside their personal differences and banded together to defeat a common evil. There have also been many people who helped, not physicaly but mentally, by suporting the fit-for-battle heroes with healing prayers, communion with the Godsand even a simple task of giving heroes a clue of what lies ahead. Suporters like this are the dragon, Glint, Master Togo, Evennia, the great spellcaster, and many more. These heroes wield a power greater than even they know, and play a huge role in many historic events. All of the aforementioned heroes have had to go through almost unbearable training, and most of them have lived to see many of the events that changed the entire world. The Searing, for example, caused many heroes to reveal themselves, and forced them to fight against many unspeakable horrors like the mighty Charr, the Torment Creatures, the Titans, and finaly the Lich Lord. Another great event to which many heroes rose to power was the plague of Cantha that was brought forth by the evil Shiro Tagachi. The people of Cantha suffered greatly during this event, and repairs are still underway.

Retrieved from "https://guildwars.fandom.com/wiki/User:Justice_Bringer/True_Heroes?oldid=1570358"
Community content is available under CC-BY-NC-SA unless otherwise noted.