Hello, I've played guildwars since the first release (around 3 years). I have all campaigns including eye of the north, I do alliance battle alot, and runs a alliance, if anyone want to do something ingame, give me a shout, feel free. And yes, I am promoting my guild/alliance, hoping to get more mature and senior players. Thanks for reading.

Banished from the "Dragon Empire" during Emperor Usoku's rule 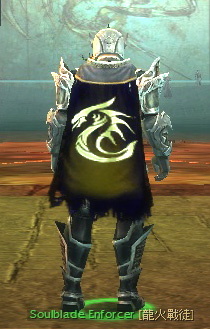 Retrieved from "https://guildwars.fandom.com/wiki/User:Soulblade_enforcer?oldid=1419085"
Community content is available under CC-BY-NC-SA unless otherwise noted.