Back to Message Wall
View source

Okay, no more posting on this. Its archived. go to the new one, which can be found Here

Hi, I'm kinda new to the wiki, and most of the coding goes WAY above my head. been using wiki for a while and making un-noticed small changes and corrections, but then i realised i didnt have to give my e-mail to join wiki, so i did! ^_^--Warwick 18:04, 26 October 2007 (UTC)

I'm pretty new to the wiki coding as well, so I look at other peoples' pages, copy the syntax for their coding, and mess around with it. Probably not the best way to learn, but its the only way I know how >_> :

Please don't put pages about yourself in the mainspace, put them in the userspace. To do this, put User:Warwick/ in front of the name --Gimmethegepgun 18:54, 26 October 2007 (UTC)

Okay, a quick crash course (ignore any wiki coding, just go by what you see in message normal): Double brackets will link to whatever is inside them if it is in guildwiki, such as [[User:Warwick]] would link to User:Warwick. If you put a | between words, it will link to what is before it, but the message displayed will be what is after it, such as [[User:Warwick|Warwick]] would link to your name but would appear like this: Warwick. Links to normal Wikipedia can be done like this: [[W:Main Page]], to make a link to Wikipedia's Main Page. External links (links to places other than GuildWiki and Wikipedia) are done with single brackets like this: [http://www.google.com/] to make this: [1]. The http:// prefix must be used, but the www. is not necessary if it begins with that (not something else like games.) .To make it a message, you must put a space between the address and the message. Note that for external links, you must use underscores (_), you can't use spaces like you can with internal links. Example: [http://www.google.com/ Google!] would be this: Google! For more info, go here, which explains more. Also, I think I just typed all this for nothing :/ --Gimmethegepgun 19:14, 26 October 2007 (UTC)

cuz its all here--

In my urge to help the Wikinewb (we were all one once) I forgot about the editing guide :/ Also, it's common courtesy (to make it simpler to follow a conversation) to put :'s in front of messages (according to how many are already used) because that will move it forward with a tab and can be read more easily --Gimmethegepgun 19:23, 26 October 2007 (UTC)

Oh yes, i was wondering, could anyone help me get one of those signatures? What i want is At one side, i want a mini dervish symbol, and at the other side i want a mini monk symbol.. How would i go about doing that? Maybe i should read the guide? Wow that was stupid of me -.- --Warwick 19:26, 26 October 2007 (UTC)

GW:SIGN, but u can only use one image in your signature--

Okay i finally gave up trying to get a picture in my name =P, just got myself an automatic link to my talk as well, so im just doing some playing around with my signature at the moment.. Hang on, should i use the Sandbox for that sort of thing? --Warwick

i think i've finally started to understand the wiki code and such. Just made a load of Userboxes for my talk page, and added skill Icons to my Characters. Now all i DONT get is how to make a signature.. But oh well, a good days work ^_^. I'm going now =P --Warwick 12:40, 29 October 2007 (UTC)

Okay its just me posting at the moment.. but at least i havnt beenn spammed by Marcopolo and his friends! YAY!.. Yup.. I've seen the Devestation that he leaves in his wake.... Okay just to spite me SOMONE is gonna come and spam my userpage.. Im sure.. *Throws userpage into a cell and locks the door* --Warwick 21:54, 31 October 2007 (UTC)

Sure thing. Yeah, I left a message on Entropy's talk page, but Readem left a message on that IP's talk page saying Auron would be home soon and would ban him.Either way. And thanks alot :). And btw don't degrade yourself, its annoying :P --Shadowcrest 23:39, 3 November 2007 (UTC)

Already took care of it :)
And on how to revert... go to the history of an article, and compare the edited version with the last good version. And up in the top right, there is the name/IP of the person who edited the article, along with an (undo) link. click that link, and then hit save. OR just open up the last clean version and save it. --Shadowcrest 23:57, 3 November 2007 (UTC)

Aha, Thanks. Now i can revert whenever somthing like that happens.. Or if i accidently screw up my Userpage =D--Warwick 23:59, 3 November 2007 (UTC)

Change it to size 3 and it should be fine.--

You wouldn't happen to have jacked like half of Entropy's userboxes would you? I just noticed your userboxes look a lot like hers =P --Shadowcrest 01:50, 7 November 2007 (UTC)

The fights over, check the userpage.--

I noticed that your signature is in a new font... Or did I. The font you chose for your signature isn't on alot of machines so it shows up for me on my regular computer in an ugly font. The same is true of Shadowcrest's sig. Just thought I'd mention it because its all ugly without the font. =/ —♥Jedi♥Rogue♥ 19:50, 11 November 2007 (UTC)

That may be, but if that's the case, the factions trainers require a lot of revision to follow that convention, as there are a few of those trainers that are being overstated.-Lightfoot 20:13, 14 November 2007 (UTC)

Now it adds you to a list, like the LAME template does. Entropy told me I should've done that, don't make a category, use "whatlinkshere".

On the walkthrough for Rragar's Menagerie, it says that there is a secret switch just south of the entrance of the third floor. I am there right now, and I am not seeing where the hell it is. Any idea?--

O.M.G. I just got a gold colossal scimitar out of Hidesplitter's chest!!!--

I order you to give it to me O.O

Yea, but I hav a gf, so I win. Consider yourself prwnd--

Damn that gurl is SEXY!--

LOL, you call that ugly?? You have too high of standards, my friend.--

Upload a pic of your gf then, so can see how ugly it is.--

Excuses, excuses. You could always make an external link ya know?--

Though, they'll never be able to match my spamming abilities!--

Just like how ur gf will never be as hot as mine!--

I'm too young to have children, sorry.--

FTL! Remember when I archived twice in the same day? Where you there?--

But your GF is old enough, so it's possible!

Old enuf to have two archives in one day? THere's an age limit on that?--

No, I don't like spam, but I look similar to you guys cause I talk a lot.

What does the 'z; in zomg mean?

Cu they start with germ and end with man?

Massive Completely Random Picture to finish this page off 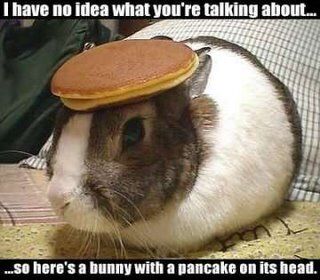 Massive Completely Random picture to finish this page off

Mine is hot AND has tits.

His gf is a black rock eating peaz --

Okay, no more posting on this. Its archived. go to the new one, which can be found Here