It's in the manual PanSola, I missed your note. You can see on the history page who posted the info, just ask me on my talk page if I have not responded. Reverting. Take it up with ANet. --Karlos 21:06, 22 March 2006 (CST)

Well, I see three options:
1. Include in the description some cowardly traits of Shiro.
2. Remove "cowardly" from his description, consider the description of him mentions nothing that suggests cowardness. Unless you are somehow obliged to quote the manual word for word.
3. Add the sentence "It is also unknown why he is considered a coward."
If #1 is not possible then I'd rather pick 2 over 3. The way it's written now seems to expect the reader already know him to be a coward, which is not true. -SolaPan 21:13, 22 March 2006 (CST)
And I'm not sure whether you mean "The manual said he's a coward", or "The manual described some cowardly action of Shiro." -SolaPan 21:14, 22 March 2006 (CST)

I think that in the Eastern cultures, one definition of a traitor is a coward because he does not have the quality to have allegiance, choosing the cowardly way out. In this case, I would believe that killing a "helpless" charge is also cowardly. Also, in some eastern cultures the Emperor had the Mandate of Heaven, so if Shiro could not find the strength to follow the path of Heaven, he would be a coward. --Ravious 22:20, 22 March 2006 (CST)

The cowardly thing he did (in my eastern-but-not-so-far-eastern culture) is he killed an unarmed man who entrusted him with his life. Where I come from you tell the person you can longer work as their bodyguard and then challenge them, not use your most trusted position as a tool to "cowardly" strike down your foe.
Anyways, the sentence is verbatim from the book. Aside from that, you seem to be the only challenging that what he did was a very cowardly act. So, in addition to the options above I would like to add:
4. Leave it as is because it's fairly clear what "cowardly" deed the sentence is referring to and it's very clear that ANet plans to keep it cowardly (i.e. we didn't discover he found out the Emperor was a drug dealer) because they called it cowardly. --Karlos 04:40, 23 March 2006 (CST)

I find them highly redundent in nature, though vary in the detail they include. Does anyone oppose me merging the info into one single narration? -SolaPan 15:49, 25 March 2006 (CST)

I do. I wrote it this way specifically to separate the lore and history and fairy tale from the stuff that interests the average Joe who wants to farm and want sot quickly know who this Shiro guy is. They use this style a lot in wikipedia and I like it. If you look up most terms, you will find a quick basic summary that tells you what that term is and then there will be sections going into great detail about all things related. I believe we should do this with any concept or character we are talking about. --Karlos 21:43, 25 March 2006 (CST) 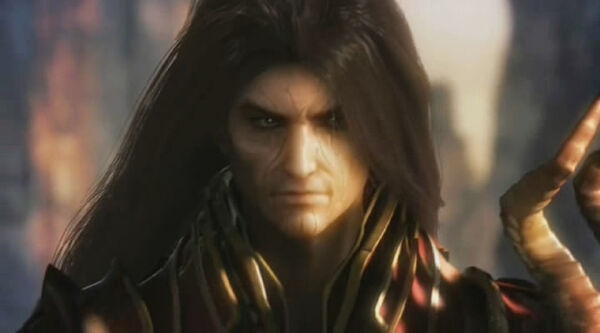 Image captured from the cinematic trailer.

Maybe that pic isn't clear enough, but overall his face seems to have the same Kurzick aspect (white-ish with patterns). And those are definitely not necro scar patterns. ... thus I suppose they could be regular scars. Anyways his face looks relatively white in other shots from the cinematic too, at least to me. -SolaPan 09:01, 26 March 2006 (CST)

Hmmm, the marks on the face seem similar to Kurzick marks, but his whiteness and their "paleness" are different. They are mostly "grey" in color. We could put a note that he "looks" somewhat Kurzick. --Karlos 18:37, 26 March 2006 (CST)

Between Warrior and Assassin, if one is going to get removed, I would remove Warrior instead of Assassin. Currently the only evidence he may be warrior, according to info I had exposure to, is the fact that a Shiro's Sword exists. On the other hand, the weapon we actually saw him using are daggers, and his attack style fit closer to that of an assassin rather than a warrior.

Care to share your reasons for thinking he is an assassin, I cannot think of one, and while you did mention them up there, you did not say what they were. On the flip side, Shiro uses two SWORDS (not daggers) as evident by his sword available in the game and requiring 15 Swordsmanship (implying he was a super warrior). His skills are those of superman so it's not easy to read from them anything. There is a Riposte stance a double strike attack a life stealing stance and the Shiro bomb plus banishment. In addition, his size, his fighting style in the cuscene, the fact that he is a body guard, all those suggest that he is a warrior.
Please share with us your reasons for believing he is an assassin. --Karlos 03:04, 1 May 2006 (CDT)

Retrieved from "https://guildwars.fandom.com/wiki/Talk:Shiro_Tagachi/Archive_1?oldid=135195"
Community content is available under CC-BY-NC-SA unless otherwise noted.